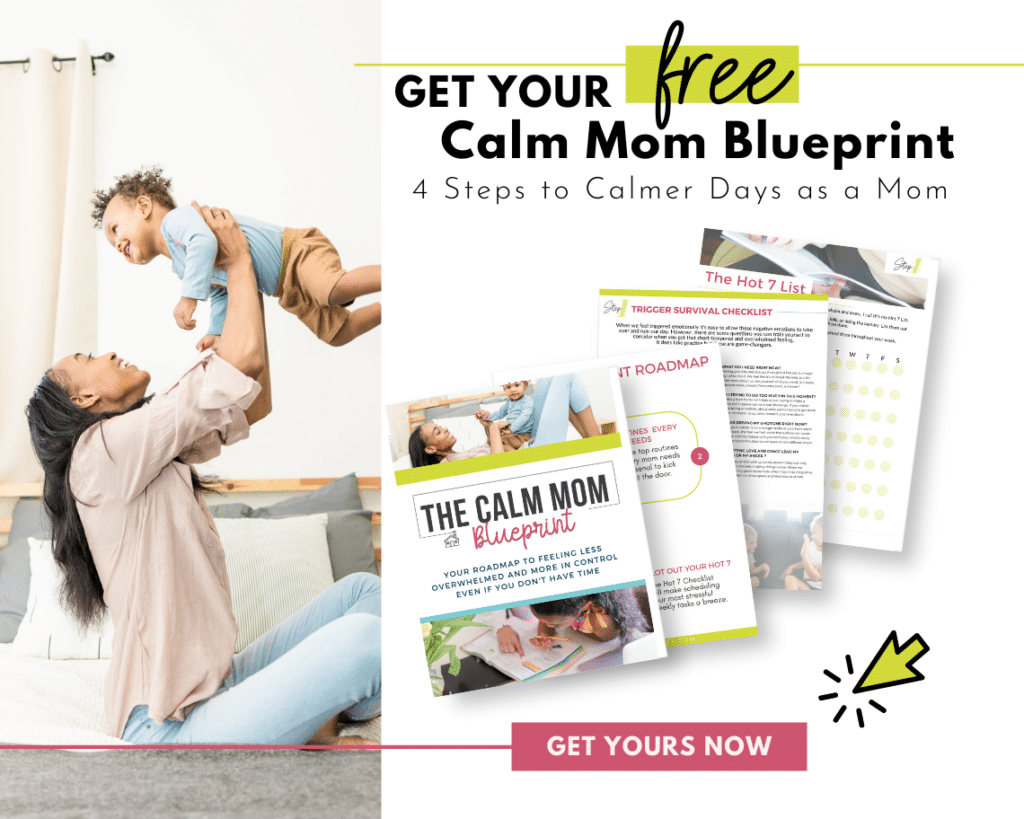 This post may contain affiliate links which simply helps you find the stuff I honestly love a lot easier and we get paid a commission. To read my full privacy and disclosure policies, click here.

Do your kids often play the blame game or make excuses for their behavior with no sense of personal accountability for their actions? I know mine do! I think it’s just part of the human condition.

But there are things we can do to teach our children, and ourselves, how to make better choices, break bad habits, and be more responsible. It all starts with having a sense of personal accountability. It’s is something we ALL struggle with not just our kids.

But if we can learn to master it – it’ll change our lives completely! 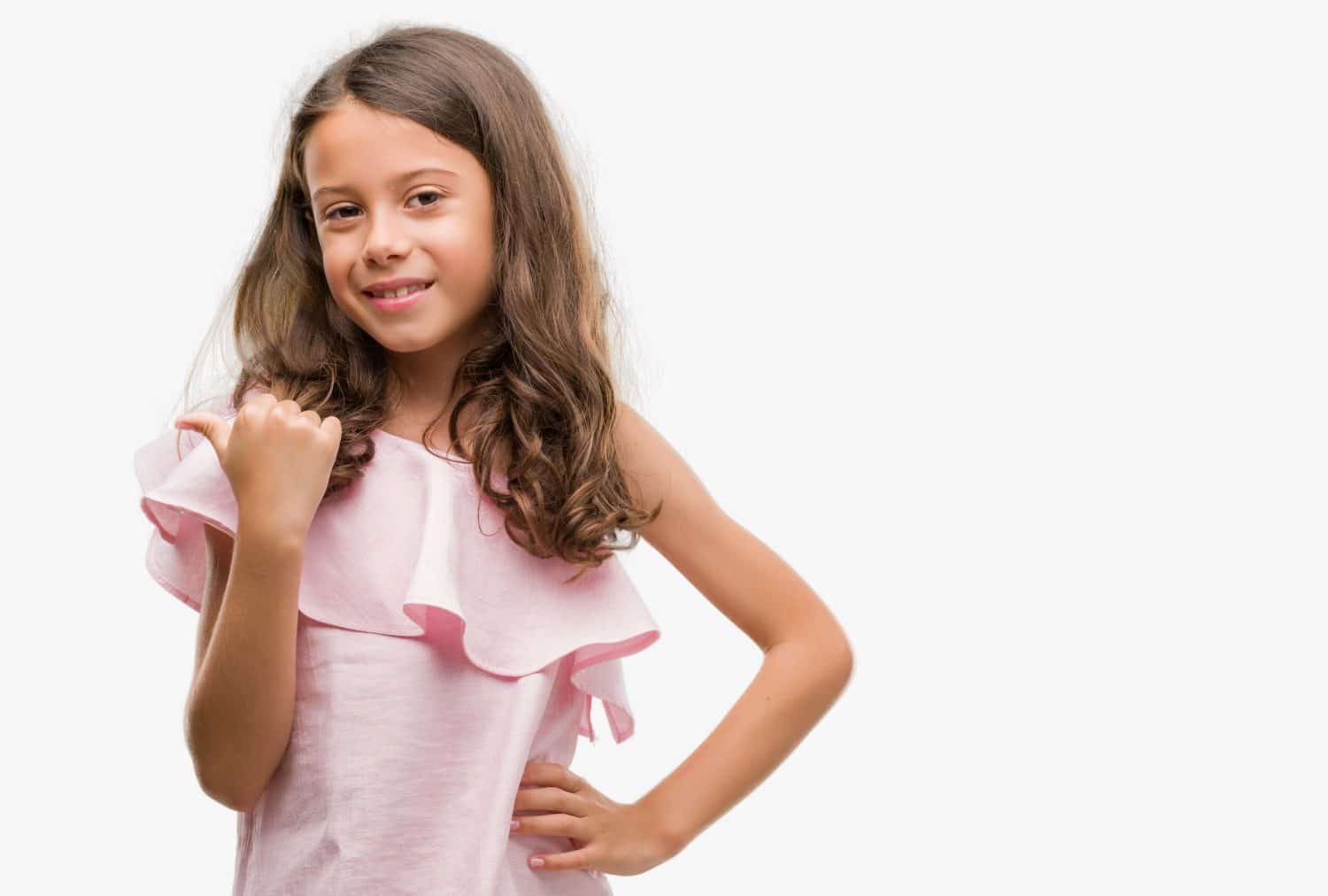 How do we teach our kids, or ourselves for that matter, to be a more accountable person?

I’ll tell you what doesn’t work is nagging, lecturing, or simply ignoring the problem.

I know because I’ve tried them all to exhaustion! After too many struggles and contentious conversations with my children about one thing or another that they forgot, broke, or didn’t handle responsibly – I got really fed up.

Then one morning, I believe God answered my desperate prayer for wisdom. I was able to see clearly two mindsets that we all use as mental crutches that hold us back a whole lot in life. If we can teach our children how to identify these mindsets and equally how to resist them – it’ll truly change their lives.

And like I said, this isn’t just for the kiddos – it’s for us too!

When we make a mistake of any kind and it’s brought to our attention by ourselves or someone else; we typically respond to that correction with one of two mindsets:

We’re all guilty of these responses. In fact, they both go back to the beginning of time! After God asked Adam why he ate the forbidden fruit in the Garden of Eden, he quickly shifted the blame by saying, “it was because of the woman you gave me!”

Yeah, he totally blamed Eve and God in one fell swoop. Whoa!

Then Eve responded by simply saying, “the serpent tricked me, so I ate.” Her matter-of-fact response shows her lack of understanding of the huge consequences of her actions.

Here’s the “it’s no big deal” response in action.

And we readily run to these responses as our way of shielding our hearts from pain. We either pass the blame like a hot potato so we don’t have to deal with the harsh reality of our choices. Or we minimize the situation in an effort to remove the negative consequences of our actions altogether. Can we just move on?

These mindsets (if left unchecked) are dysfunctional ways of thinking because they don’t allow us to process and think about what we did and how it affected the world around us – no matter how seemingly, small it is. As a result, our actions continue and we never change – developing bad habits.

How to Make a Change

We know if we’re doing something we know we shouldn’t be doing – over and over – change is what we need. But all too often we get stuck in a pattern of making the same mistakes and poor choices, day after day. And I don’t want this dysfunctional pattern to be my daily routine or my child’s. I’m sure you don’t either!

If we want to change bad habits and make better choices, we must start doing the following two things every day. I say every day because let’s face it – making bad choices (even the little choices) can be a day by day matter.

The first thing we need to teach our kids to do is when they’re being corrected or if they notice on their own that they’ve made a mistake, is to stop and evaluate the situation and find their personal responsibility in it.

Now there are times when bad things happen and they’re 100% completely outside of our control. But most often, we have a part to play even if it’s small. And way too often, it’s a whole lot easier to point out everyone else’s part and blame them instead of ourselves.

A simple example is when my girls leave their toys or craft supplies laying around the house instead of putting them away when they’re done. And when their curious younger brother (who finds their toys like a magnet) breaks one of them – they get really mad and want to blame him.

Once they find their part to play, we need to encourage them to own it. We don’t need to and shouldn’t take responsibility for anyone else’s actions, but we must learn to take responsibility for our own. That’s because when our knee-jerk reaction is to blame someone else, we never even have the chance to process how we can avoid this behavior or situation in the future.

Change can’t happen until we learn to be accountable for our own actions.

The same is true for the second mindset – minimizing the situation. This is the “it’s no big deal” mindset. Now, let me tread carefully. I’m not advocating we should run around making mountains out of molehills. But I am saying if we develop a habit of quickly minimizing every mistake we make as no big deal (even if it is) it can lead to big problems.

So the second thing we must show our kids how to do when faced with correction is to take a moment and really look at the situation. To see the effects of their choice, and only then decide if it’s no big deal.

For example, if I said a flippant comment to one of my kids that I assumed was no big deal, but it hurt one of their feelings – I can’t shrug it off as if it’s nothing.

Let me give you another example. My daughter was constantly leaving her water bottles at school and losing them. And after what felt like daily conversations about the issue, she just asked, “what’s the big deal, why don’t you just buy another one?”

Let’s just say the following moments weren’t pretty. But her response showed that she never took any time to see her personal part to play in the problem. She never even considered how she could actually take different actions to prevent her mistakes… she just assumed someone else (me) would take care of it.

How to Lock in the Change

These are really basic examples but you get the point because if we’re honest, we’ve all blame shifted and minimized situations from time to time. And in the grand scheme of things, it’s probably not going to cause your life irreversible damage. But if allowed to become habits, especially on reoccurring mistakes – it’s Groundhog Day for you. And that’s a bad place to be.

When our kids know how to slow down and take responsibility for their own actions and stop to acknowledge the real severity of the situation; it makes room for them to change. And I don’t know about you, I don’t like seeing my kids repeating the same mistakes over and over.

These are two simple shifts of the mind that can reap huge results in your life if you make them a daily habit. I’m truly fascinated by the power of thinking the right way. We hold the power of change, right in our own minds!

We don’t need to wait until others make life better for us, we can do that right now by changing how we see our lives.

It’s really powerful because it doesn’t depend on other people. You really can have a better life by thinking differently. And this isn’t a lesson on the power of positive thinking, either.

It’s more like a thought make-over. Removing the old, negative and counterproductive thought processes and adding in new thoughts that reap powerful results.

When we teach our kids to start working on having the right mindset every day, it’ll work wonders in helping them to change or tweak all the other stuff in their life. It all starts in our mind, though.

Let me know what you do when you make mistakes or bad choices. How to do help your child manage their choices? Put a comment below and let’s keep the conversation going! 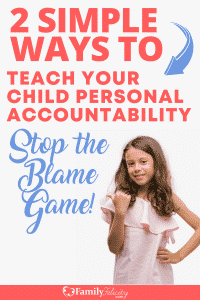 This site uses Akismet to reduce spam. Learn how your comment data is processed.

Good tips. Accountability is a hard but important lesson for children to learn. #TwinklyTuesday

My two are little but it’s good to have stuff like this in place to conquer anything nice and eat. Thanks for sharing your tips and thanks for linking up with #TwinklyTuesday

My two are both preschool still but I can already see that my eldest is going to take a little persuading in the accountability department. The tips that you have put here will be so helpful! It’s amazing how a change in our thought process can have such a huge positive impact on our behaviours which leads to a physical change to our lives! I’m a firm believer in this. Thanks for sharing with #DreamTeam x

I have teens and read some points that I found helpful. Thanks for sharing!

Connect With Me On Social Media